On episode three of the Intersection of Cancer and Life, we have Marianne DuQuette Cuozzo – an artist, mother, three time cancer survivor, and most of all, a dreamer. 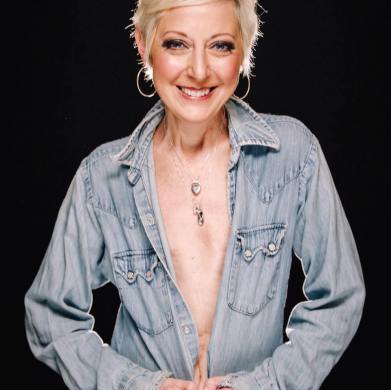 Marianne was first diagnosed with Hodgkins Lymphoma at age 28, as a newlywed, and was told that she could never have children. She felt very alone, as this was before the internet, and she knew no one with cancer. Her entire life, including her decorative painting business, was put on hold for treatment, and slowly, as she began to reclaim her life after treatment, she had a Lymphoma recurrence again at age 32. She was treated with chemotherapy and joined a support group of other young people undergoing cancer treatment at the time. A number of years later, she was given the go-ahead to try to have a child, and her miracle baby, Leonardo, was born. He is now a freshman in college. In 2014, Marianne was diagnosed with breast cancer, a side effect of the mantle radiation she underwent in 1994 as part of her Lymphoma treatment. She underwent a double mastectomy with reconstruction and chemotherapy, but after six infections, her implants failed and had to be removed. she is currently living flat, and has been a tremendous force for breast cancer advocacy, and for the flat movement in particular, and has found tremendous therapy and blessing in her art.

You can listen to the episode HERE, on iTunes, Google Podcasts, Spotify, and Stitcher.

I Am Whole Documentary 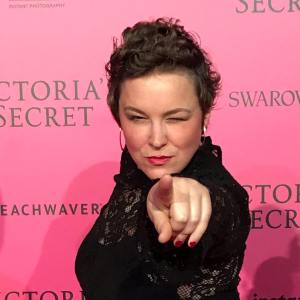 Very shortly after I was diagnosed, I had the privilege to meet someone who has had a tremendous impact on me – the unparalleled Maggie Van Duyn. She also had been diagnosed with metastatic breast cancer, and was just a force of nature – someone who always had huge ideas and who seemed to create both time and energy out of thin air. I have never encountered someone with such an unstoppable positive attitude, who could make lemonade out of the most sour, bitter lemons.

Maggie quite literally made a business out of her positivity, drive, and generous spirit. She registered her blog, Maggie’s Bright Side, as a nonprofit, and developed a cancer card. Yes, a cancer card – called Maggie’s Card, available for anyone living with cancer in her hometown of Richmond, Vermont, the cancer card provided discounts and services to those dealing with cancer. Maggie’s life is defined by the enormous generosity of her spirit. 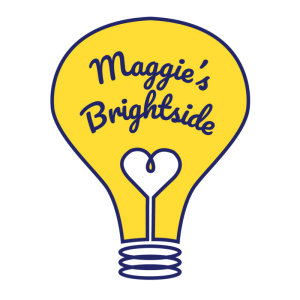 Someone once said to me that life with metastatic breast cancer is the worst club that has the best members. I was devastated to learn that this club lost an incredible member on Sunday, October 21st. Maggie was one of the first people I talked to about this podcast, and eagerly agreed to be a guest on the show. Unfortunately, her health precluded us from recording our conversation, and while i will never be able to do that conversation justice, I would feel remiss if I did not recognize her life and her mission here on this show.

I ask that, in Maggie’s honor, you go to her website: Maggie’s Bright Side and consider making a donation to her organization, so that it can continue to make a difference in the lives of so many, and that Maggie’s legacy can continue on for a very long time. Maggie, you are the epitome of squeezing a lifetime of work into a few short years. The world is a better place because of the work you have done. You will not be forgotten.

One thought on “The Intersection of Cancer and Life, Episode 3: Marianne DuQuette Cuozzo”

Copyright © 2018 Beyond the Pink Ribbon / Emily Garnett. All Rights Reserved.